IBEW Local 3 Spectrum workers need your help. The NYC Franchise agreement for Charter/Spectrum is up before the City Council for review now. Please support good union jobs and share your concerns and complaints about Charter/Spectrum with the New York State Public Service Commission by emailing . 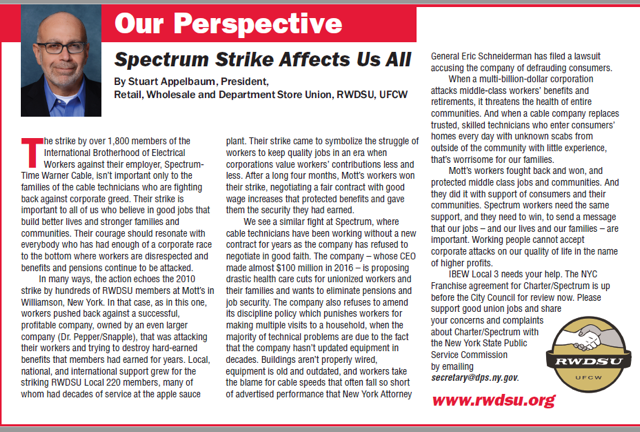 Some four months later IBEW Local 3 members are still on strike. “They don’t want to come to the table,” said union member Michael Auerbach handing out leaflets on the corner of 6th Avenue and 23rd Street on Thursday morning, June 29. “Spectrum is trying to break us in small bunches like apples falling from a tree. They want to bring in newbies who don’t know what unions are so they can drive down wages.

“It’s important for workers to see long term. They offer a little bit in the short term and then screw you for the long term. People have to remember there is a future and it’s your kids and grandkids.

“We in Local 3 support each other. There was a reason that unions were built and it’s every bit as important now as it was in the beginning. 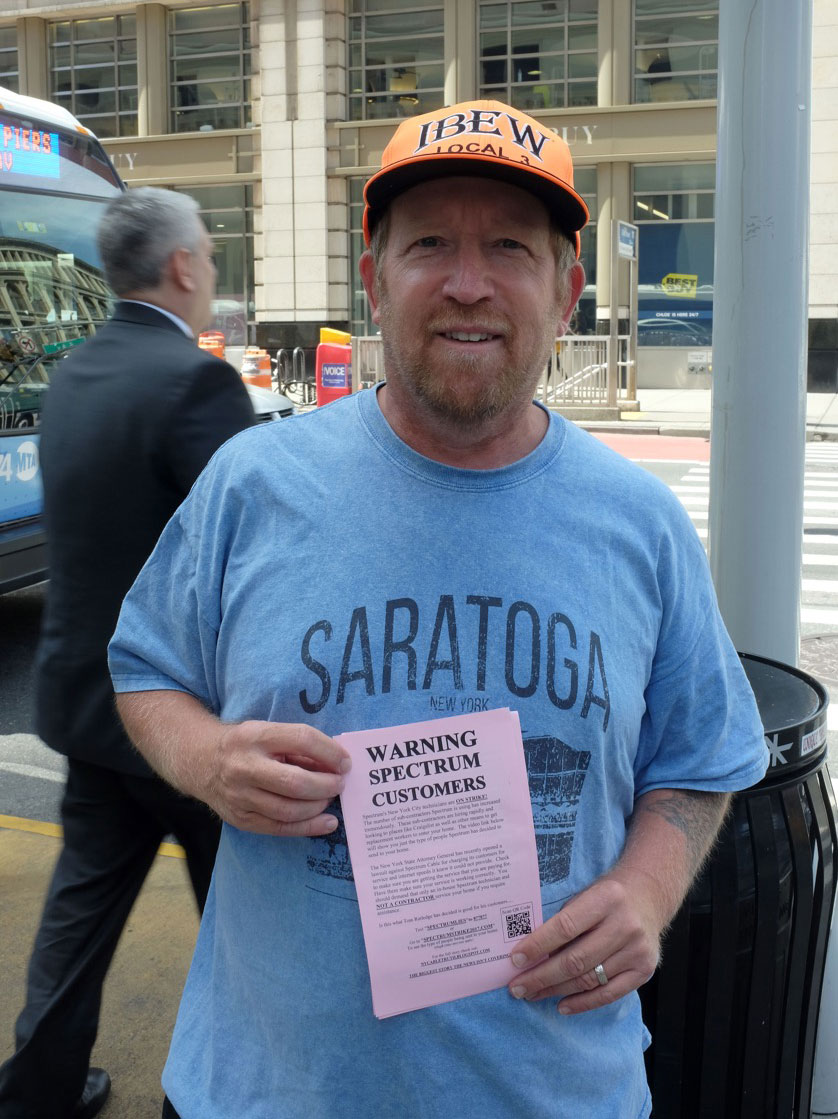 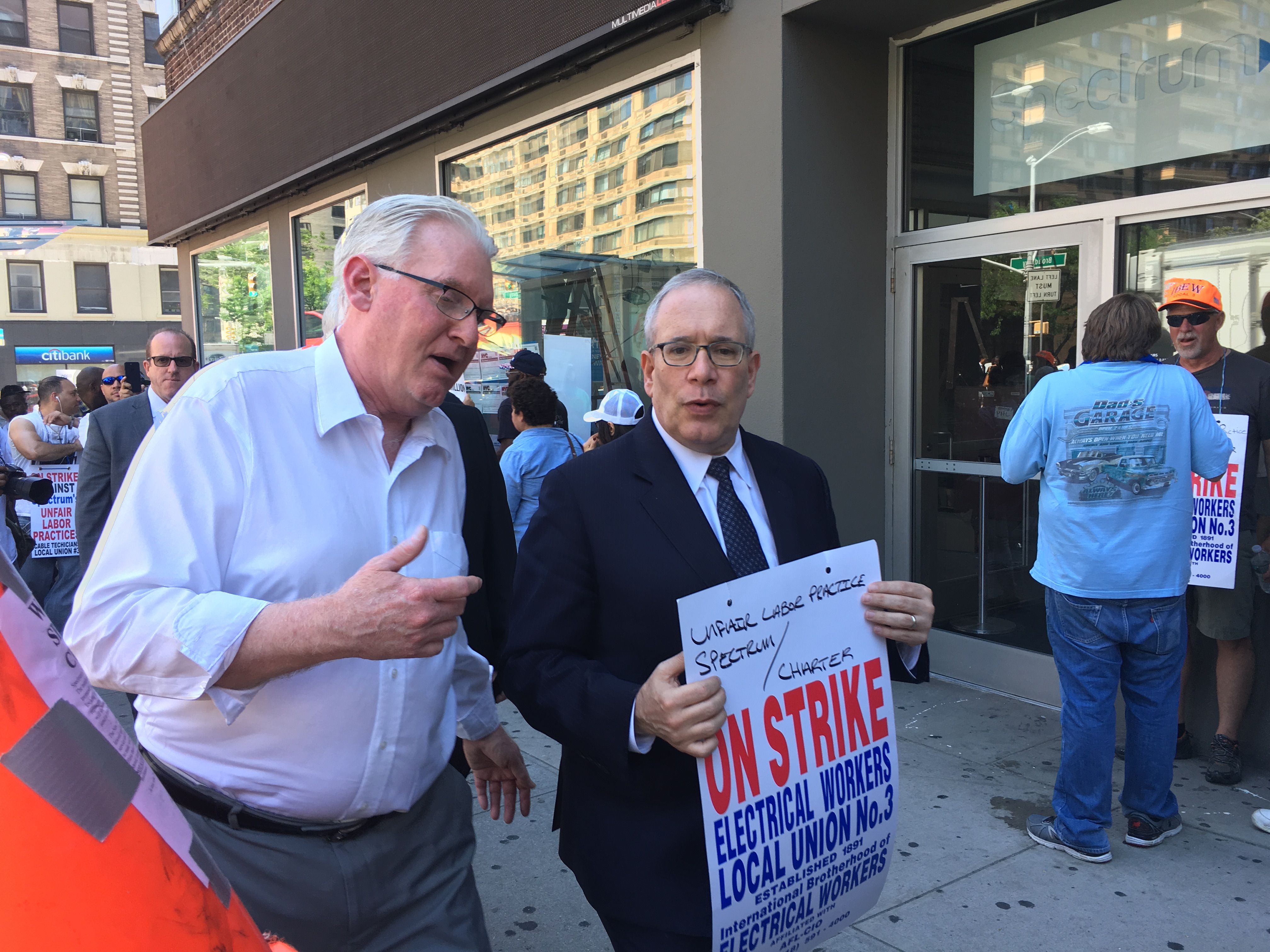 “We are not gonna allow a corporate conglomerate to take advantage of our families and our children.”