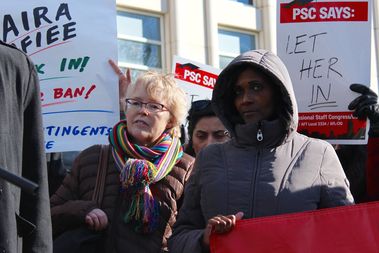 Approximately 120 students at the city university could be affected by the recent travel ban, CUNY said.